Electric carmaker Rivian said Thursday its losses nearly tripled to $1.7 billion in the second quarter, but was on track to meet production targets.

The California-based maker of electric trucks, SUVs and delivery vans said it delivered 4,467 vehicles during the quarter, generating revenue of $364 million, compared to zero revenue in the same period a year earlier.

Rivian said it produced 6,954 vehicles in the first half of this year and aims to manufacture a total of 25,000 vehicles by the end of the year.

The company ended June with an order backlog of about 98,000 pre-orders from customers in Canada and the United States, according to an earnings letter to shareholders.

“The supply chain continues to be the limiting factor in our production; however, through close partnership with our suppliers, we are making progress,” Rivian said in an earnings letter. 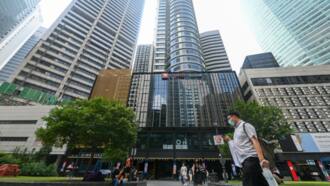 “We expect to be able to add a second team for vehicle assembly towards the end of the third quarter.”

Rivian blamed its losses on investments in people and technology, as well as auto production lines capable of churning out many cars operating at low capacity.

The company expects to incur an overall loss of $5.45 billion this year due to factors including rising material and freight costs as well as supply chain issues, the earnings letter said.

Rivian shares fell about 2% after market trades following the release of earnings figures.

Tech titan Amazon was an early investor in Rivian and has pledged to buy 100,000 electric delivery vans from the automaker by the end of this decade as part of an effort to cut emissions harmful to the climate of its e-commerce fleet.

Rivian said Amazon has rolled out custom electric delivery vans in more than a dozen cities across the United States.